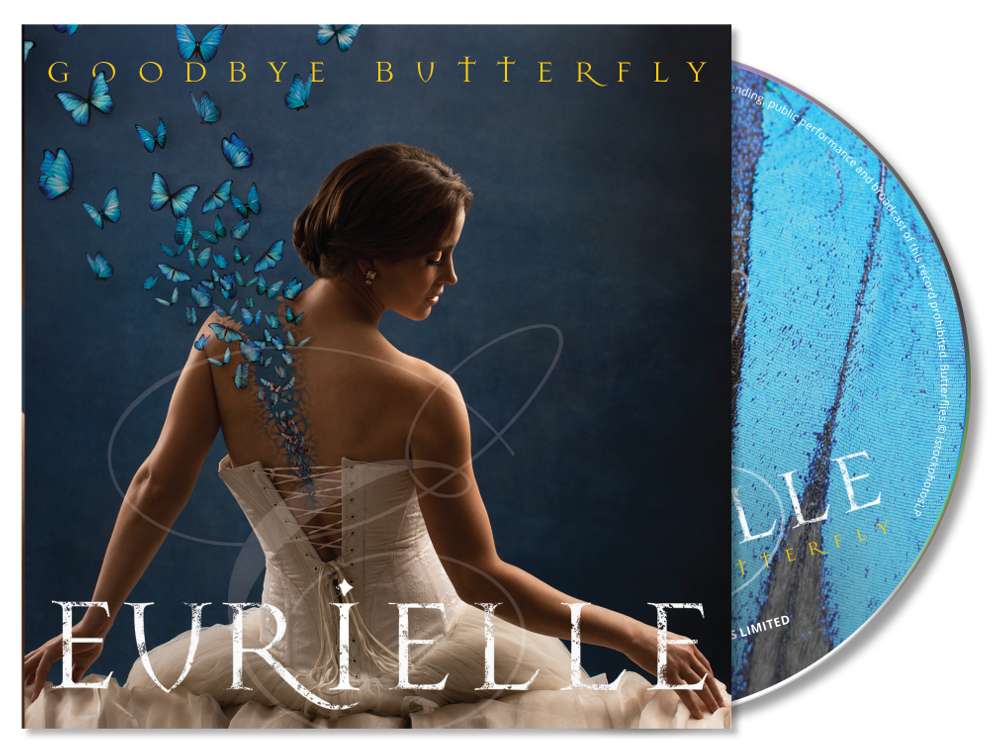 This is a CD copy of Eurielle's new album 'Goodbye Butterfly'. The product features 11 tracks and is packaged in jewel case with high quality colour booklet containing all song lyrics and credits.

One and a half years in the making, 'Goodbye Butterfly' is Eurielle's second album following the success of her independently released debut album 'Arcadia'. 'Goodbye Butterfly' was co-written and co-produced by Eurielle and Charlie Mole (who composed soundtracks for high profile films & TV shows such as Mr Selfridge, The Importance of Being Earnest, Dorian Gray, and The Sopranos) and recorded in Lyndhurst Hall at AIR Studios in London with The Chamber Orchestra Of London and RSVP Voices, conducted by Alastair King (conductor for the soundtracks of the Harry Potter movies, Pirates of the Caribbean & Downton Abbey), and was mixed and mastered by engineer Paul Golding (Downton Abbey, The Lord of the Rings trilogy). It includes previously released singles 'Petit Papillon' and 'As The Skies Cascade.' Described by Alexis Ffrench at Scala Radio as “Sumptuous, magical and ethereal. Straight from a cinematic score.”

N.B. This is the UNSIGNED version.

Please click here to purchase the SIGNED version if that's what you're looking for.